When all the kids are little, learning phonics, eating toothpaste, and tearing books more than reading them, we dream of an idyllic future homeschool where they are independent learners.

What does this fabled state actually look like and how do we get there? Is it really a land of promise where mom can now sit back, make a list, and expect it to get done?

The Scholé Sisters, all of whom have high schoolers now, speak about what independent learners really look like and the messy process of getting them there.

How to move to independent work in your homeschool

Brandy Vencel
has one graduate, two high schoolers, and a middle school son.

Mystie Winckler
is now the only Scholé Sister with a younger-than-double-digits student; her oldest will graduate this year. 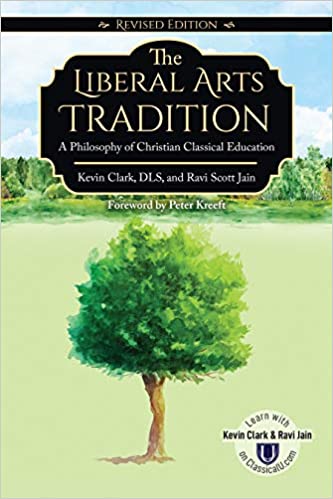 Walking with God: A Journey Through the Bible, Tim Gray & Jeff Cavin

Pam is reading this book as a supplement to her through-the-Bible reading plan; it gives background and commentary on the narrative flow of Scripture.

Abby is reading this Idaho rancher’s guide to wine as a relatable avenue into refining her palate.

Mystie is reading this rather dry, extended history of early medieval education for her NSA grad class on the history of classical Christian education.

Brandy finished The Liberal Arts Tradition with the local group she was leading and focused on the appendix which is the first chapter of Ravi’s next book on teaching science.

What is independent work in the homeschool?

If mom doesn’t know what is going on, then there most likely isn’t any work happening. Independent work does not mean mom is off doing her own thing, not paying attention.

Mom’s role is different for independent work. Instead of a teacher, she is an administrator, supervisor, and coach. But she’s still involved and knows what’s going on. Her eyes still need to be on the work.

Mom being engaged in the process is not optional if good work needs to happen.

Even when someone else is teaching the class, mom needs to be engaged in order to ensure the student cares and does the work. If mom isn’t paying attention, the student probably isn’t either.

When kids are in the elementary years or not strong readers, mom is directly involved in about 80% of the work while the students are responsible for 20%. By high school, that flips to 80% of the work done without mom’s direct supervision and 20% of mom’s involvement.

But I’m never off the hook.

Initiative needs to be developed

Just assigning work to a middle or high school student does not mean it will be done. Initiative is not something that happens without modeling, coaching, failure, and consequences.

Initiative and responsibility are skills that some will have more naturally than others, but that all need help developing.

Responsibility develops after they experience consequences, which is another way of saying we need to expect them to fail along the way. It’s a part of the process of learning how to be (and why to be) responsible.

Initiative is the goal of independent work for teens, but it isn’t a prerequisite and it isn’t an automatic quality.

Preparation for independent work begins from the time they’re able to toddle around.

If you want teens who are independent, they need to be able to problem-solve without panicking. That learning process begins when they are little, when mom does not fix everything for them or get them everything they want.

All parenting needs to keep the end in view. We want this toddler to grow and mature and become an independent, responsible adult. They aren’t our toys and pets until they are twelve or sixteen at which point we throw up our hands and expect them to grow up.

Our job as parents is to help them take the next appropriate step in maturity.

We also had preschoolers before there were small screens to hand to children. We talked and guided and directed at the grocery store, at the park, and around town – because not only did our kids not have iPads while sitting in the cart, even we ourselves did not have a portable device. It makes a difference.

An underrated element of teaching our students indepedence is not giving them too much work, not overloading our students such that they require pushing, cajoling, and dragging.

Loading the elementary years with unnecessary work, with busy work, sets up a pattern of school being “what mom makes me do” which is hard to undo later.

Above all things we must take care that the child, who is not yet old enough to love his studies, does not come to hate them and dread the bitterness which he has once tasted, even when the years of infancy are left behind.

Quintilian, in The Great Tradition

Cindy counseled us not to remove all obstacles from our children’s path. Abby brought in an exercise analogy, that those who don’t have impact and resistance in their movement grow weak. To get strong, hard things – within capabilities – must be performed. If everything is always easy, you’ll never get better or stronger.

The comfortable is what fragilizes.

If we remove too many challenges for our students, it is not an act of kindness but preventing them from maturing. Sometimes the children even want you to do the work for them, but the true kindness is making them do what is hard.

As you start transitioning to independent work, it happens in stages. As you have independent readers, that transition begins to happen slowly, varying by subject and by kid.

Be prepared to back away from independent work if it doesn’t work. There is no formula or no magic; it’s a learning process for both mother and child.

When your oldest is in this stage and the others are younger, the oldest seems so old and mature that it’s easy to expect too much independence and self-sufficiency. It is too young to expect actual independence across the board. Students at this stage move from what Susan Wise Bauer calls “mom-at-elbow” to “mom-in-same-room,” not “mom-in-next-room.”

They need to learn that if they skip or skimp, the work doesn’t go anywhere.

Sometime between 7th-9th grade in Mystie’s homeschool, students move out of group, teacher-led lessons, and to some weekly assignments that they can decide when they will do it. It’s a time to allow them some experimentation with self-scheduling, but be prepared to hold them accountable every week to actually doing it and be prepared to hold their feet to the fire.

Experimenting with self-scheduling will result in conflicts and problems, but those are excellent and necessary lessons to learn in themselves.

Pam and Abby both have dyslexic students who require much more teacher-led and directed work and reading aloud, even in middle school.

Around this age it’s also good to bring in another teacher’s voice for some lessons so they don’t get mom-fatigue. All middle schoolers, but boys in particular, will try to – and need to – separate themselves as individuals from their moms.

There’s benefit to matching the student’s ability to the work so they can do it on their own rather than pushing them into a higher academic level that would require more hand-holding and help from mom.

The executive function skills and habits and satisfaction in one’s own work outweighs supposed higher achievement.

Pam’s family does Scripture and devotion as Morning Time together.

Mystie’s family does some Scripture during Morning Time, but she also puts Bible reading on her students’ checklists as a habit-building measure. In 7th-9th grade, she assigns a Bible survey that guides a through-the-Bible reading, then after that “theology” is assigned but personal Bible reading is no longer a checklist item but a personal habit.

Brandy assigns Bible reading in the elementary years on the checklist, but in junior high she has a blank box so they are responsible for doing something but they choose what they read themselves.

Teens might not think they need accountability from their parents, and they might chafe under it, but they do need it.

There’s a big developmental shift between 9th and 10th. Don’t despair with your 14-year-old. Hold your ground and the payoff comes in 10th grade.

At 11th grade, Brandy gives her student the work needing to be done for the term and allows the student to schedule it out. At 11th grade (16+), the student is also allowed to work during the day and keep irregular school hours. As long as the work is done, when or where it happens is not Brandy’s concern.

Mystie’s high school juniors and seniors are at the community college full time and do not participate in morning time. She’s not involved at all except in coaching in time management.

Time management and self-direction is an important skill to learn, and there will be bumps along the way. 60 SHARES Share on Facebook Tweet Follow us Save Share When all the kids are little, learning phonics, eating toothpaste, and tearing books more than reading them, we dream of an idyllic future homeschool where they are independent learners. What does this fabled state actually look like and how do we get there? Is it…
Read More 60 SHARES Share on Facebook Tweet Follow us Save Share Today’s episode is extra long! Our topic is scholé and how it changes with the seasons of motherhood. Brandy, Pam, Mystie, and Abby talked about having all preschoolers, starting to homeschool, the teen years, and then guessed what the particular challenges might be in launching…
Read More 60 SHARES Share on Facebook Tweet Follow us Save Share Welcome to SEASON FIVE of Scholé Sisters! Mystie and Brandy are kicking this season off right with the one and only Cindy Rollins. Today’s discussion centers on the idea of being impervious. We discuss not allowing “things” to get to us, absorbing emotion, self-control, menopause…
Read More 60 SHARES Share on Facebook Tweet Follow us Save Share In her book Mere Motherhood, Cindy Rollins made the passing comment that she was not as big of a fan of homeschooling high school boys as she had been in the past. This turned into a rumor: Cindy Rollins doesn’t think boys should be homeschooled in…
Read More 60 SHARES Share on Facebook Tweet Follow us Save Share Our guest today is Maria Bell. Maria educates her children at home in the Charlotte Mason tradition and enjoys studying and sharing with others the biblical roots of Miss Mason’s philosophy. She is a linguist by training and profession, but her heart is for the ministry… 60 SHARES Share on Facebook Tweet Follow us Save Share Today’s episode features a discussion of Charles Dickens’ famous story A Christmas Carol, which is Brandy’s FAVORITE Christmas story. Naturally, Mystie and Pam tried to ruin it for her, but she was undaunted, and thinks you will be, too.       Thank you to… 60 SHARES Share on Facebook Tweet Follow us Save Share In today’s episode, Brandy, Mystie, and Pam kick off Season 7 of Scholé Sisters with a discussion about living books. What are they, what is their significance, and how can you identify them? This is a totally fun discussion about reading — and how picky…

60 SHARES Share on Facebook Tweet Follow us Save Share Welcome to SEASON FIVE of Scholé Sisters! Mystie and Brandy are kicking this season off right with the one and only Cindy Rollins. Today’s discussion centers on the idea of being impervious. We discuss not allowing “things” to get to us, absorbing emotion, self-control, menopause… 60 SHARES Share on Facebook Tweet Follow us Save Share In today’s episode, Mystie and Brandy have a conversation about the connection between love and learning. Is it important that our students love their subjects? Is it important that WE love the subjects we’re teaching? What do we do if we’re without love? It’s a…