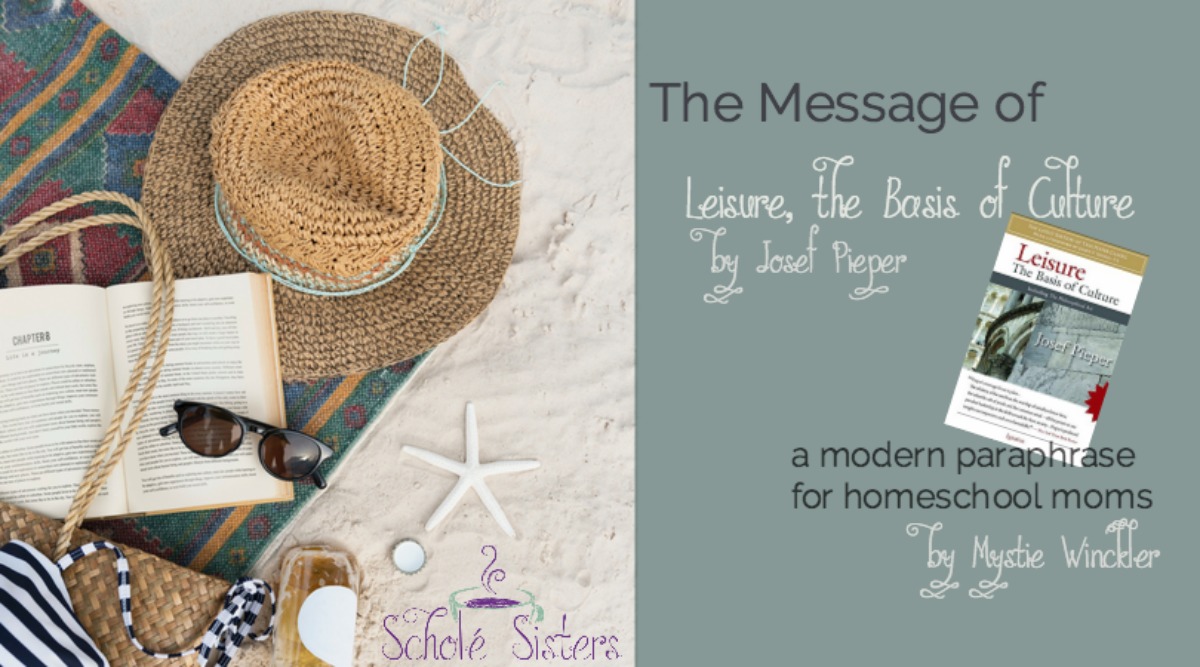 So we’ve seen that in modern times our categories have been shrunk. Prior to the enlightenment (perhaps the endarkenment?), the mind was considered as functioning in two modes: according to the intellectus and the ratio. The ratio was the rational, reasoning, logical, analytic part of our intelligence and the intellectus was the reflective, contemplative, receptive, visionary, synthesizing part.

Modernity cut off one half of our intelligence, saying that ratio – the kind of knowing that takes effort – is actually the only kind. Spiritual understanding has no part in knowledge because moderns are materials and do not believe in the supernatural, in the spiritual.

The other, older point of view is not the opposite of the modern. It did not hold that inspiration was the only way of knowing. Rather, it held to the whole, to both together, working in tandem to bring not only knowledge, but also understanding.

Kant – vanguard of the modern mindset – was suspicious of anything that didn’t cost something. That is, if it didn’t require effort, he saw no value in it.

His reasoning has shaped even our perception of goodness, of virtue.

Is it virtue if it comes easily? Kant would say no. Value, he taught, is directly proportional to effort – not only in the economy but also in intellectual work and even in moral action. Virtue that is in line with natural inclination is no virtue and no value at all; obedience is nothing of the kind if it cost no sacrifice. Here there is no transformation of the will and the affections and desires so that our actions flow out of a transformed heart. Here there is no habituation into a life of virtue. Here there is only strenuous effort; anything less does not count. Here there is only salvation in works. Effort is goodness and without effort there is no good.

So what happens to a person when he defines himself by his job, when his identity is tied to his function in the economy, when everything of value must be purchased with sweat?

What happens to him is visible on his face: stress is permanently etched on his features. His heart is hard, his mind distracted.

The ancient Cynic philosopher, contemporary of Plato, Antisthenes, not only taught such a doctrine of effort as supreme but also embodied his worker-as-ideal-type belief. He despised religious practices, attacked the muses (i.e. the source of received revelation), ridiculed Aphrodite (i.e. love), and rejected any belief in an afterlife. Rather, he glorified Hercules as the best model for mankind. Hercules is, after all, the Accomplisher of Superhuman Actions. Hercules is the god of the religion of Work.

When something is more difficult, it is not for that reason necessarily more worthwhile, but it must be more difficult in such a way as also to be at a higher level of goodness.

That is, growing in sanctification might be difficult, but it’s not the difficulty of an act that makes it good nor worthwhile.

Kant taught that virtue makes it possible to master, to control, to overcome our natural inclinations.

Medieval philosophers – following Aristotle as well as Scripture – taught that virtue allows us to follow our natural inclinations in the right way. True virtue comes effortlessly because it is self-forgetful and done out of love.

Yes, it takes great love to overcome difficulty, even the difficulty of our own struggles and sin. However, a truly great love does not act out of heroism; it has overcome the difficulties altogether. It sees no difficulty. It simply loves. Christ, of course, is the only one who has truly loved like this, but yet our sanctification should be making us more and more Christlike, not more and more Herculean.

Remember, though, that the ancients and medievals did not glorify the intellectus to the neglect of the ratio. They knew both were necessary. In fact, they taught that the ratio’s effortful reasoning and research must be used to prepare the way for the insight of the intellectus. In this way, then, the ratio is not the cause of knowledge, but a necessary condition, a prerequisite.

The idea of effort, of strenuous activity, of suffering even as being at the heart of anything worthwhile, including the gaining of knowledge results in a curious characteristic: such Workers do not ask why. They do not wonder.

The Worker worldview contrasts starkly with the Christian worldview on self-sacrifice and suffering at precisely this point. For the worker, there is no why. Somehow, the difficulty confers value. For the Christian, there is no exertion for exertion’s sake nor discipline for discipline’s sake nor pain for pain’s sake. Rather, such things are like war: they are done for the sake of peace after reconciliation. That is why, even in suffering, we can (and must) “count it all joy.” There is a why; there is a reward; there is ultimate happiness that comes on the other side. The suffering or the discipline itself is not glory.

When overcome with the Man-as-Worker worldview, we distrust anything we do that comes simply or easily, without toil or strain. We do not let ourselves receive anything as a gift, even faith.

Can we accept that wisdom – the beginning of which is fear of God – comes to the active, prepared, engaged mind, yes, but also through a gift of common grace? Can we remember as we study that God, through the Holy Spirit, superintends the hearts and minds of men?   Only then will we have the humility to truly learn. We think of leisure as reclining on the couch eating peeled grapes that someone else has prepared for us. Or, at least, that was one of the first images I had when someone said I should be teaching from rest. Hiking is not that. It is certainly, at the very least, physical exertion. So how…